The History of Cream Tea… 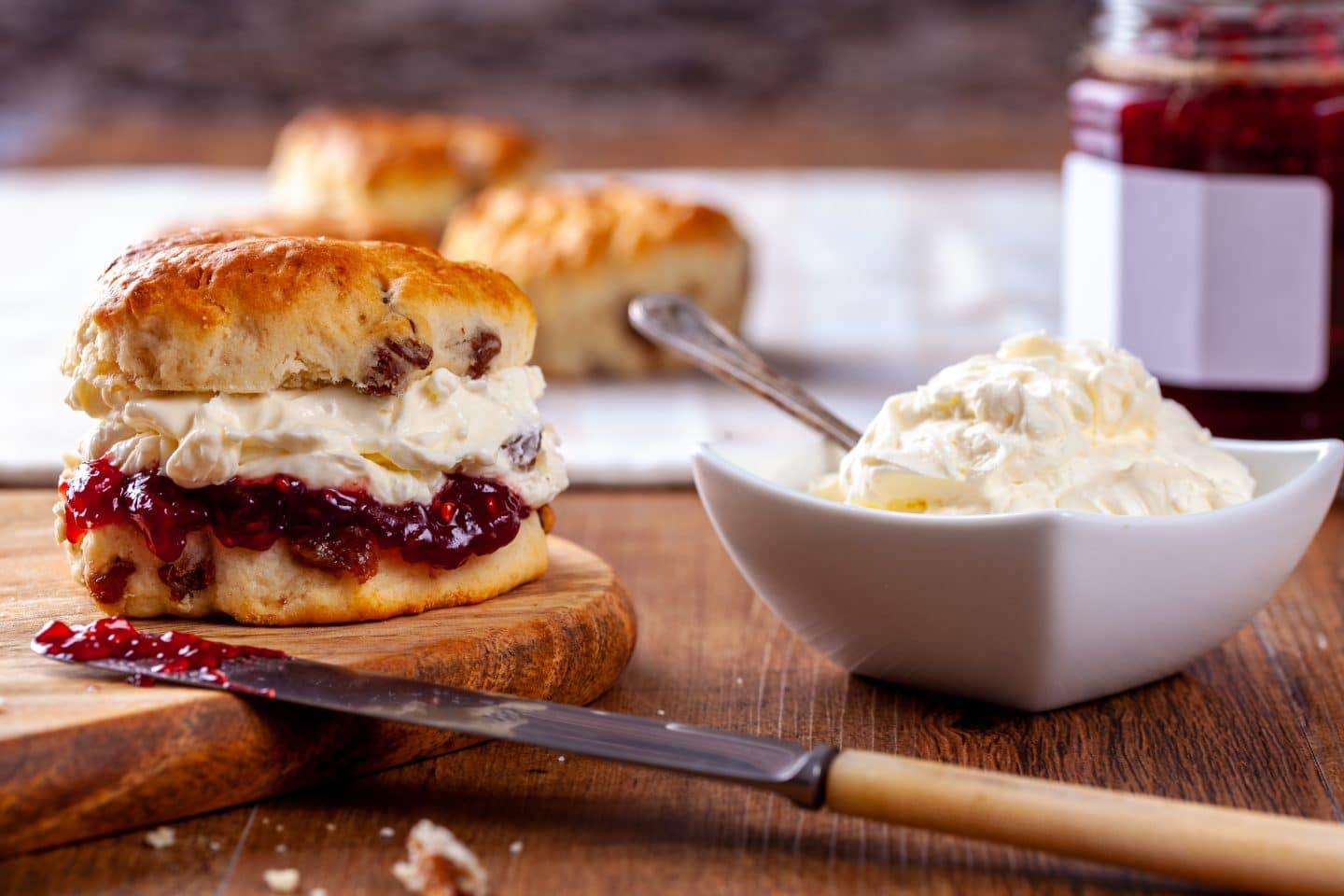 The origin of the cream tea is often disputed (Cornwall, we’re looking at you!) but for the most part, according to local historians, it would seem that the act of adding jam and cream to bread seems to have originated right her in Devon, at Tavistock Abbey during the 11th century. The cream tea we know and love today is, of course, a little different to those enjoyed back then, nowadays it’s a simple combination of a freshly baked, warm scone, sumptuous clotted cream, and tangy fruity jam, traditionally strawberry, and a steaming pot of tea.

Both Devon and the neighbouring county of Cornwall are renowned for their cream teas and over the years it has become somewhat a rite of passage when you visit either county. The argument over whether or not cream should be added first or jam has divided the two West Country holiday spots for years. As for us here in South Devon, it is always cream first, but quite frankly, as long as you’re enjoying it, we don’t think there’s much need for debate!

What is Cream Tea?

Afternoon tea became popular at the same time that the railroad expanded in London. Londoners would get on the train and spend the weekend along the southern coast of England. It was in the West Country of England, which encompasses Devon, Cornwall, Dorset, Somerset, that brought the term “cream tea” into the British lexicon.  The local restaurants and pubs catering to the weekend tourists turned “afternoon tea” into “cream tea”.

This area of England was and still is well known for its lamb, beef and cheese production.  Their use of fresh, local ingredients in the pubs and restaurants for the food and at afternoon teas, created huge demand, especially for the clotted cream, which is best described as whipped cream meets butter.  Keeping in mind that refrigeration had not come along yet, clotted cream would have been a true treat on your holidays. It does not keep for more than a few days, even in modern refrigeration, so if you can imagine having something like that in a time where nothing like it existed, you can understand why it was so popular!

Cream tea is still alive and well in the West Country of England. There are even debates on whose clotted cream is better, Devon or Cornwall.  So, if you should ever find yourself on the southern coast of England, stop into the tea shops and enjoy the original clotted cream to see what you think!

For those looking for an all-out feast of this sort when you’re visiting South Devon, afternoon tea could be the perfect indulgence. Not to be confused with a regular cream tea, the afternoon tea is said to have been introduced in England during the mid-19th century by a Duchess of Bedford when she requested bread, butter, cake, and tea at around 4 o’clock in the afternoon. From here it became more of an event and by the 1880’s upper-class women would dress up to enjoy their afternoon luxury.  These days, afternoon tea is widely enjoyed across the UK, but of course here in Devon, we do it best!

From themed teas to traditional, ones that look too good to eat, to the little more unusual; you can be sure to find some finger sandwiches, scones, treats and maybe a glass of fizz or two for you and your loved ones to enjoy.

Call Now
01934 823288
If you are looking for retirement or residential park homes for sale in Devon, be sure to get in touch and speak to a member of the Otter Valley team. We will gladly assist you.
Arrange A Viewing
Copyright © 2022. All rights reserved.